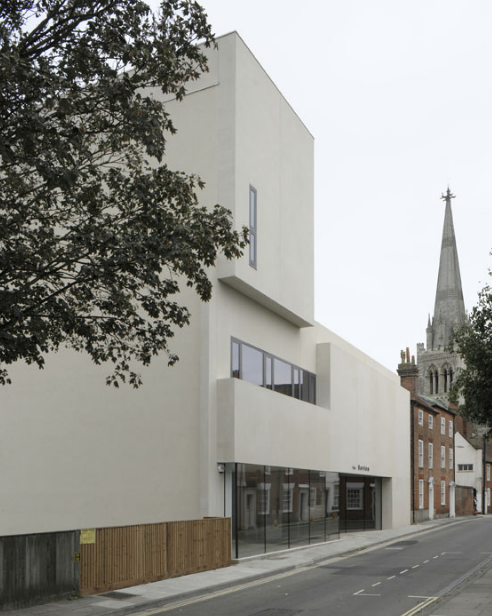 Work on the firm’s Novium Museum nears completion in the heart of historic Chichester, West Sussex. The main construction was completed in autumn 2011, whilst the exhibition designed by Event Communications is in progress ready for the museum’s formal public opening in July.

Our client, Chichester District Council’s ambition for the project, centred on the replacement of its existing museum, with a much larger building that would more effectively display the breadth of its collections. The site, a former car park, in Tower Street was chosen as it is in line sight of the City’s Cathedral, and important archaeological remains of the city’s Roman baths were discovered there in the 1970s. The new museum, which Keith Williams Architects won in the 2007 RIBA competition, spans the remains of the baths (the hypocaust), which date from the Flavian period (1st Century AD). These have been incorporated in situ into the main entrance hall and gallery as a permanent exhibit and an intrinsic part of a museum.

The 1,100m2 building contains galleries over a further two floors, which have been designed to be flexible allowing a mix of permanent and temporary exhibition. The Museum also contains education spaces, restoration, research and staff areas.