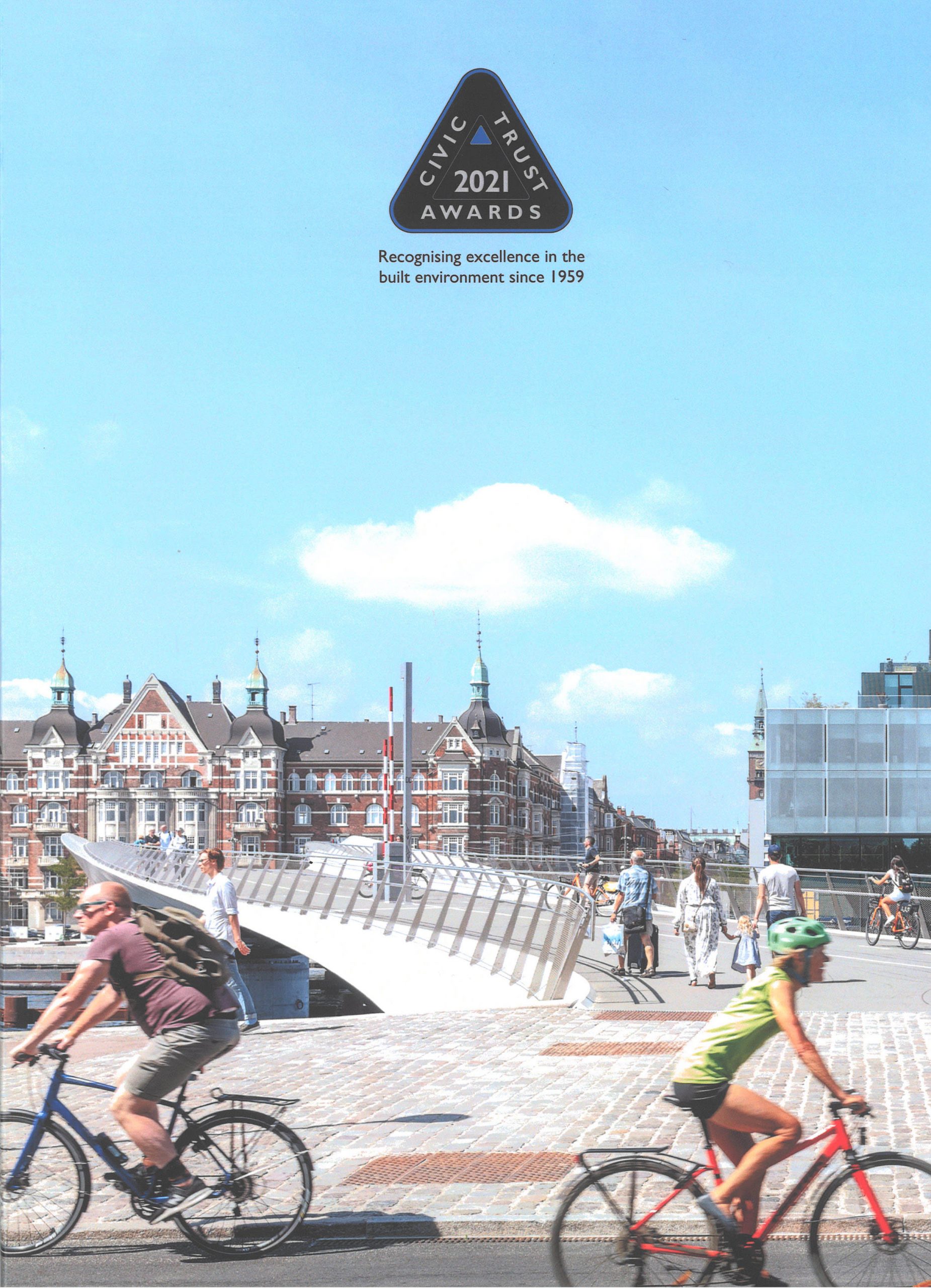 5 March 2021: Keith Williams’ forward to the 62nd Civic Trust Awards brochure published as the awards were announced on YouTube this evening at 7pm

What times we live in!

2021, my 6th year as Chair of the National Panel, has certainly been the most extraordinary.

Last year on 6 March 2020, I gave the chairman’s address to a packed audience at the Civic Trust Awards annual ceremony at the Imperial War Museum of the North in Salford. We celebrated into the small hours and I now think it likely that that night was probably the last great built environment gathering before the Covid-19 pandemic got the upper hand and the first lockdown was put in force 10 days later.

Just one year later, lockdowns have come and gone and come again and more than 100,000 people have passed despite the extraordinary efforts of the NHS, scientists and frontline staff in so many walks of life. Many of us have been affected by the severity of the pandemic in so short a time and the way we live and work will likely be altered for years to come. So this year the ceremony is virtual.

And the post-pandemic world, when we finally emerge from these present times fully vaccinated, will likely be a different place from that which preceded it.

With that sombre backdrop unsurprisingly there was much debate as to whether it would even be possible to run this year’s Civic Trust Awards programme. The Civic Trust Awards. began in 1959 and at 62 years young, it is Europe’s longest running continuous architectural and built environment awards programme and one of the most important and prestigious. We were determined not to break the chain if at all possible.

As things eased in the summer it proved permissible with social distancing rules in place, to carry out the majority of our regional assessors’ visits to the candidate buildings.

Submission numbers despite the pandemic held up remarkably well. Of the 161 schemes submitted, 100 were referred by regional assessors to the National Panel for consideration within the Award or Highly Commended categories.

As ever, the National Panel met over three days in November and December, to determine which projects were to receive either Civic Trust Awards or be Highly Commended, and also which schemes were to receive the Special Awards. This year it was all done virtually for obvious reasons but it worked very well and the level of interrogation, debate and rigour was no different from the norm.

The National Panel is a moderating body, taking account of the regional assessors’ recommendations and with reference to peer projects of this and previous years.

National Panel includes architects, urban designers, people from government, commissioning clients, accessibility, sustainability, and from PR and architectural journalistic backgrounds.  Panel members, 11 in total, are all distinguished in their particular field and I am grateful for the time that they donate and the energy, enthusiasm and insight that they bring to the judging process.

National Panel sets very high standards in making its judgements but that must be right if the ethos of excellence in the built environment that the Civic Trust Awards embodies is to be maintained. Before any award can be made each project is rigorously assessed in the context of current best practice in terms of accessibility and the sustainability metric and I expect our sustainability criteria in particular to tighten sharply over the next few years.

Stand out projects among many, include the Centre Building at the LSE, Aberdeen Art Gallery, Zayed Centre for Research into Rare Disease in Children, London, the Shui Cultural Centre Guizhou Prov in China, and Liile Langbro, Copenhagen.

We were not able to give the Pro-Tem Award for temporary buildings and structures, this year. Past winners include Blood Swept Lands and Seas of Red at the Tower of London, the Serpentine Pavilion (twice) and the British Pavilion for the Milan Expo. I encourage all with buildings of a temporary nature to please submit for the 2022 Awards.

This has otherwise been business as usual with another exceptional crop of projects coming forward.

I would also like to thank all the applicants for their support and in particular all of the sponsors whose continuing endorsement enables this important awards programme to thrive. My thanks in particular to the volunteer assessors for their time visiting the projects during the socially distanced summer, for writing their reports and for their initial recommendations to National Panel.

It is rather hard at present to look too far ahead but with multiple vaccines being rolled out it seems that there is at last reason to be more optimistic. Our towns and cities, and in particular our high streets which were changing radically in any event, may never be quite the same again. But as I wrote last year the greatest challenge that we who work in the built environment face as never before, is to find a way to design and construct our buildings to be positive contributors to our environment rather than positive polluters, so that we can play our part in combatting climate change.

Through more than 60 years, the Civic Trust Awards have paralleled much change, and the many great buildings awarded demonstrate that our desire to make outstanding works of civic architecture have transcended challenge, and grown from opportunity in every age however challenging. As an eternal optimist, I have little doubt that the extraordinary buildings that we have yet to make will do the same, and I do hope that the 2022 awards round will be conducted in somewhat better times.