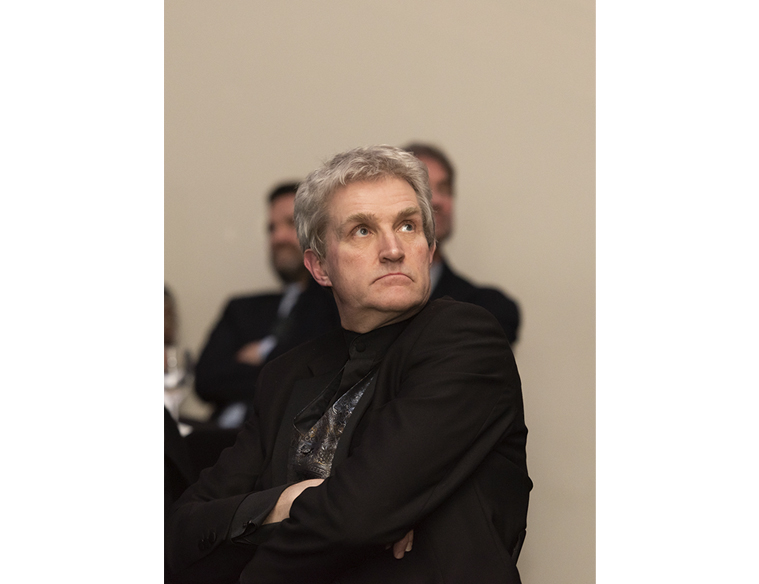 6 March 2020: Keith Williams as chairman delivered the keynote speech at the 61st Civic Trust Awards dinner in the Imperial War Museum of the North.

Friday 6 March 2020 : Keith Williams in his fifth year as chairman of the Civic Trust Awards National Panel, delivered the keynote speech at a sold out event at the 61st Civic Trust Awards dinner, held at the Imperial War Museum of the North at Salford Quays, Manchester.

In his speech Keith set out the major issues facing the planet in terms of climate change and laid out a challenge to both policy makers and the design and construction industry to raise their respective games calling for buildings of the future to be positive contributors rather than positive polluters of the planet.

He then reviewed the history of the awards programme from its origins in the post-war era of 1959 to the present.

Of the 250 schemes submitted, 101 were referred by regional assessors to the National Panel for consideration, to determine which projects were to receive Civic Trust Awards or were Highly Commended  and which schemes were to receive the Special Awards.

Keith presented the final award of the evening, the National Panel Special Award (CTA’s top award) to the team from Carmody Groarke for the Windermere Jetty Museum, South Lakeland. A fitting winner to cap an excellent year for the 61st Civic Trust Awards.