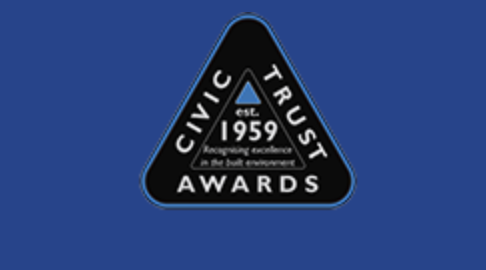 The Final Judging of the 63rd Civic Trust Awards, chaired by Keith Williams, has now been completed.

The judging process took place over 3 days starting on 2nd then 8th and finally 22nd November, when the results were ratified by the National Panel. The Panel met to determine which projects were to receive either one of the highly prized  Civic Trust Awards or be Highly Commended, and also which schemes were to receive the Special Awards.

This year once again, Covid 19 forced the National Panel’s judging processes to be virtual but the level of interrogation, debate and rigour was no different from the norm, but of course National Panel long to be able get back into the same room.

Now in its 63rd year,  the Civic Trust Awards 2022  submission numbers despite the pandemic, held up remarkably well. Ssubmissions were received from the UK, Belgium, Canada, Denmark, UAE, USA and Somaliland, reflecting the awards’ continuing international reach. Of the 160 schemes submitted, 76 were referred by regional assessors to the Civic Trust Awards National Panel for consideration within either the Award or Highly Commended categories.

The final announcements will be made public on 7 March 2022.