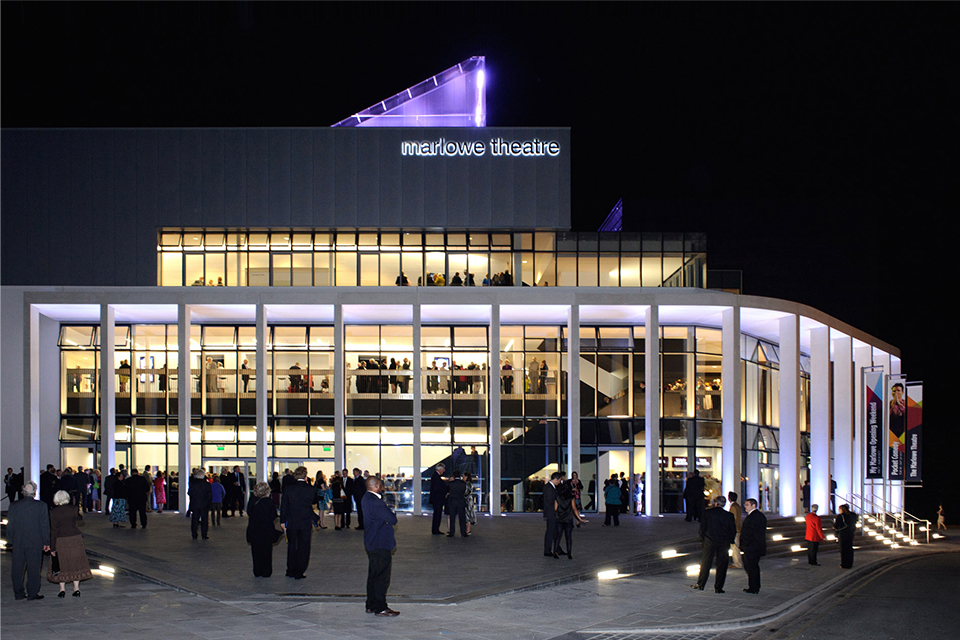 The Marlowe Theatre in Canterbury, Kent, has won the Theatre of the Year Award at the Stage Awards on Monday 31 January sharing the accolade with Battersea Arts Centre in London.

The Stage Awards celebrate “the greatest achievements in UK theatre” across the previous 12 months.

The multi-award winning Marlowe Theatre designed by Keith Williams Architects has since opening in 2011, gone on to become one of the most successful regional theatres in the UK.

On hearing the news of the Theatre of the Year Award Keith commented..” this is a fantastic accolade rewarding all the hard work and ingenuity that Chief Executive Deborah Shaw, Chief Operating Officer Paula Gillespie and the entire Marlowe team have put in during what has to have been one of the most challenging periods for any theatre in recent history. My congratulations. This is a building of which we at KWA are very proud and I am delighted that it has provided a platform for the Marlowe team to have achieved so much”

Recently, the Marlowe gained attention after portrait artist Ben Dickson created the 500 cut-out characters, depicting famous theatrical or Kentish people, which filled empty seats at the theatre auditorium during the Covid-19 pandemic. The 500 cut-out characters helped maintain social-distancing. The venue was one of the first to reopen after lockdown was lifted and said the award was “testament to the immense creative achievements” of its team during the pandemic.

Awards organisers, The Stage, praised the theatre for “its extraordinary engagement projects with artists and audiences”. It said the cut-outs “caught the public imagination and became emblematic of the theatre’s creative response to the pandemic”.

The story was featured on the BBC News website