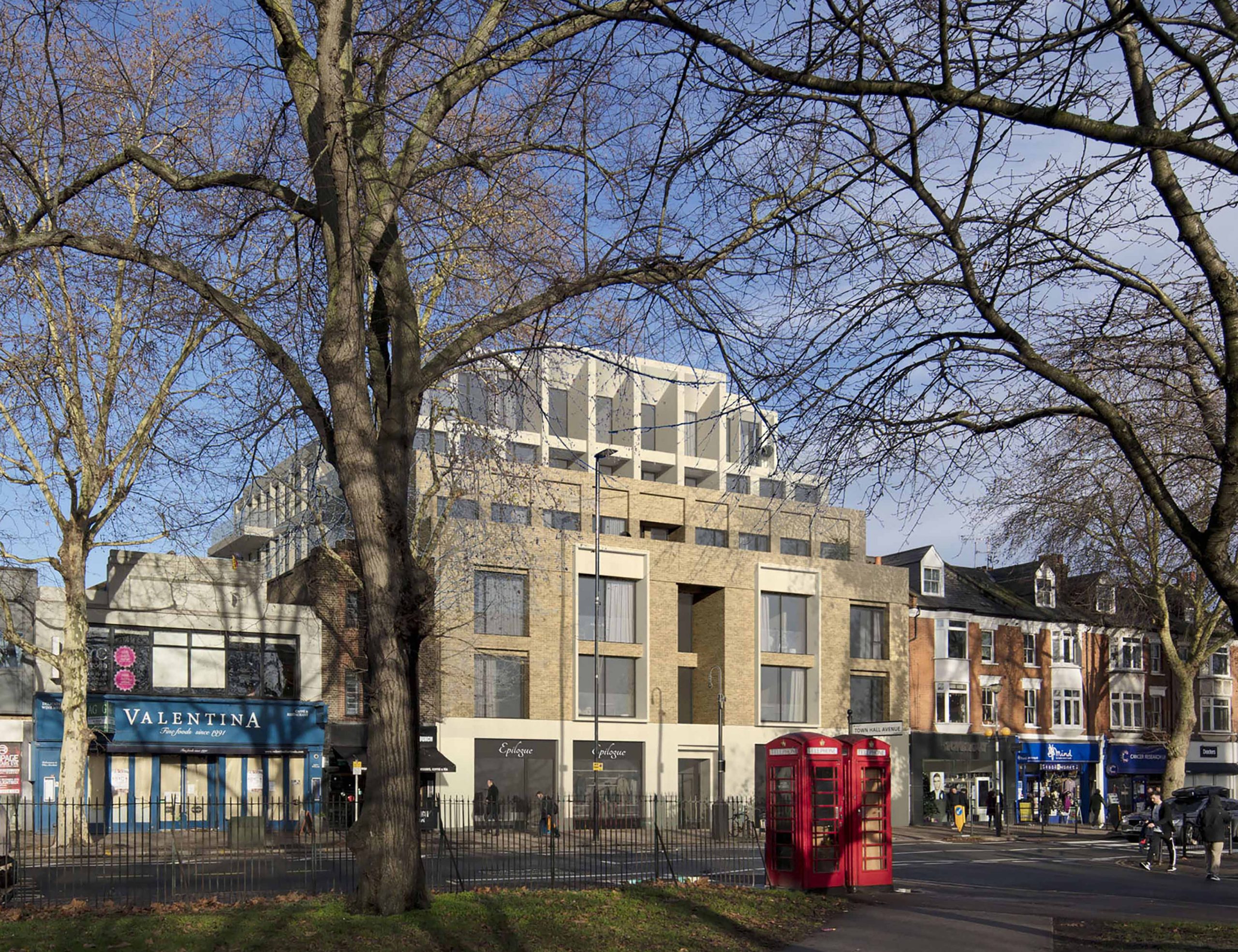 Keith Williams Architects’ designs for a new six storey apartment building overlooking Turnham Green in Chiswick, West London, were approved by the London Borough of Hounslow at its committee meeting on 9 January 2020.

The project will deliver 420 m2 of retail floor space at street level and 34 residential units above, replacing a semi-dilapidated 2 storey retail unit that currently occupies the site.

The design strategy centres on forming the new building into a stepped pavilion, symmetrically organised and embedded within the existing street facing terrace. It transitions in scale from the three storey general height of Chiswick High Road, to an ultimate height of six storeys as the building sets back in tiers.

Located within the Turnham Green Conservation Area, which itself incorporates a number of important historic mid-scale listed buildings such as the nearby Christ Church (Grade II) by Sir George Gilbert Scott and Chiswick Town Hall (Grade II), the area is dominated by the 11 storey Empire House tower to the west, built in 1961 on the site of Chiswick Empire Theatre by Frank Matcham, which was tragically demolished at that time.

Placed at the northern end of Town Hall Avenue with Chiswick Town Hall at the south, Williams’ designs use the form, height and scale of the new building to terminate this semi-axial vista, giving new accent and cadence to the townscape setting.

The double height columnar treatment to the main façade unifies the upper levels and imparts a vertical more elegant emphasis to the composition. The cast stone base successfully grounds the composition at street level.

Facing materials include pale brick and cast stone to the columns and details.

Detailed design work is expected to start in the near future.

Keith Williams commented “this promises to be a significant work of architecture amongst some fine architectural neighbours and should help kickstart the revitalisation of this prominent piece of west London townscape.”

The project features at: