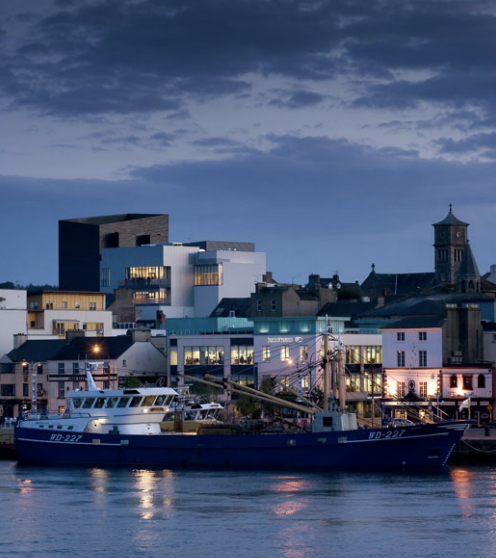 The home of the internationally renowned Wexford Festival Opera designed by Keith Williams Architects with the Office of Public Works (OPW), has been officially recognised by the Irish Government’s Department of the Arts, Heritage and the Gaeltacht as Ireland’s National Opera House .

Before attending the Festival’s gala premiere performance as the guest of honour, Minister Humphreys took centre stage in the now officially recognised National Opera House and addressed the opening night capacity audience to confirm this major development, saying, “I am honoured to have been asked to open the Wexford Festival Opera, the centerpiece of Wexford’s cultural calendar. And I am delighted to be able to give my full support tonight to the renaming of Wexford Opera House as The National Opera House. I have asked my officials to work with Wexford and the Arts Council to put this into effect, in recognition of Wexford’s position as the home of Ireland’s only custom built Opera House.

The Wexford Opera House is Ireland’s only acoustically purpose-built Opera House, and it has been a major addition to our cultural infrastructure since the state-of-the-art building was opened in 2008. The Irish people, through funding from my Department, have invested  more than €31 million in this Opera House, and I think it is fitting that it is renamed The National Opera House.”

“The official recognition of Wexford as Ireland’s National Opera House will help secure a legacy in opera in Ireland for generations to come, but perhaps more importantly deservedly recognises the State’s previous significant investment in the creation of what has been internationally acclaimed as ‘the best small opera house in the world’. Congratulations are very much due to Keith Williams Architects for their superb building.”