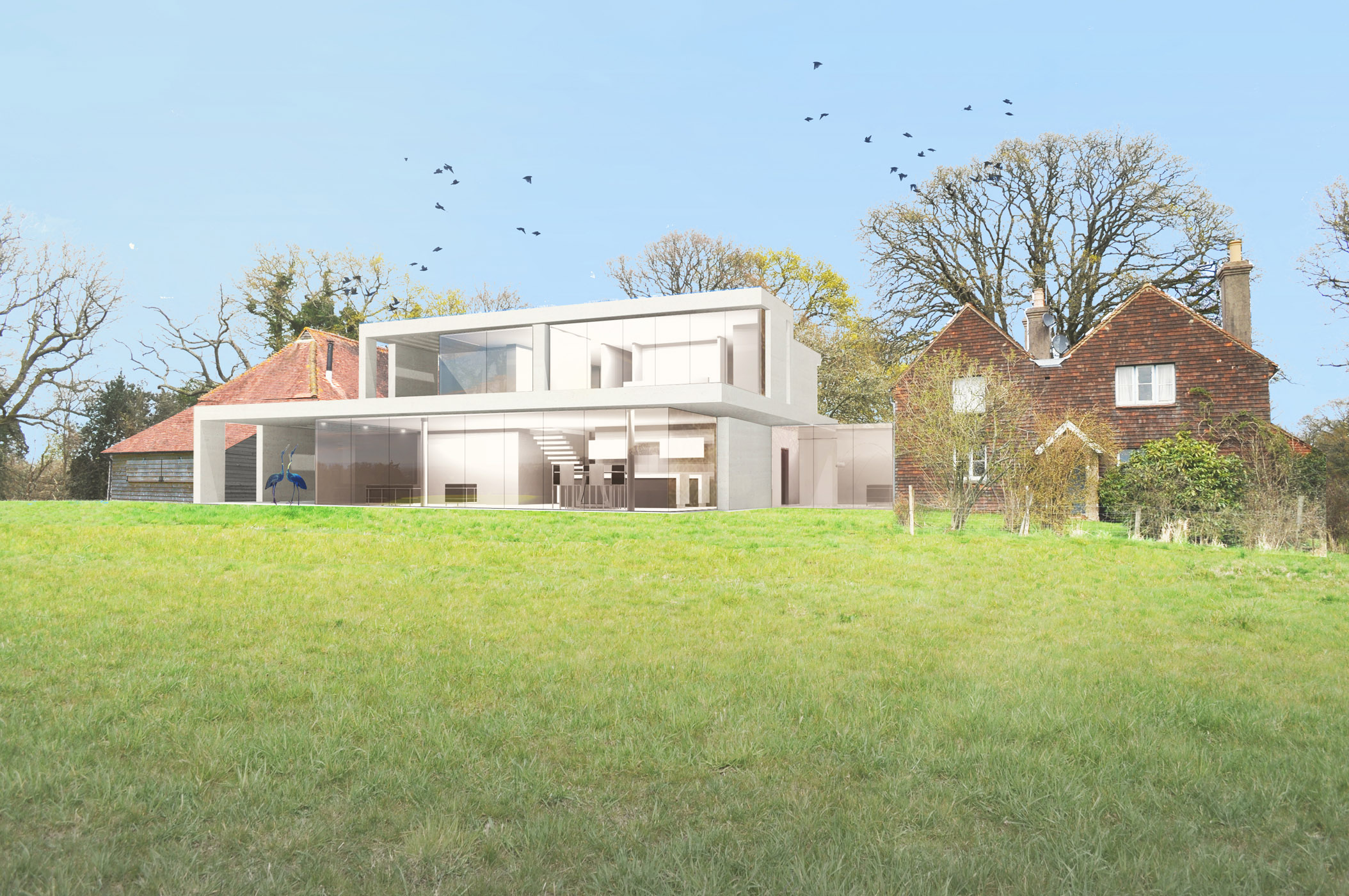 North Farm House, a 240m2 project for South Lodge Estate near Cowfold will be built within the courtyard site of a partially demolished large agricultural covered yard, which sits at the centre of a cluster of three traditional farm buildings namely an 18th-century timber-framed barn, a brick built former dairy, and an adjoining 19th-century brick cottage.

The two-storey building will become the South Lodge Estate’s new farm house. The architectural composition of the new house presents relatively closed elevations toward the three existing buildings to its west, north and east, before opening up toward the south with expressive horizontal planes and large areas of floor to ceiling glazing which give spectacular views across the estate’s rolling farmland, the Weald and the South Downs beyond.

Keith Williams said “Securing permission for a contemporary house in the countryside is never straightforward and we are delighted that the project has been approved after some 18 months of careful and patient dialogue with the planners at Horsham District Council. We now plan to start the technical design phases and move toward construction in the new year.”

The project was published on Architect’s Journal online at: https://www.architectsjournal.co.uk/news/keith-williams-wins-consent-for-west-sussex-farmhouse/10012504.article?blocktitle=news-feature&contentid=17135