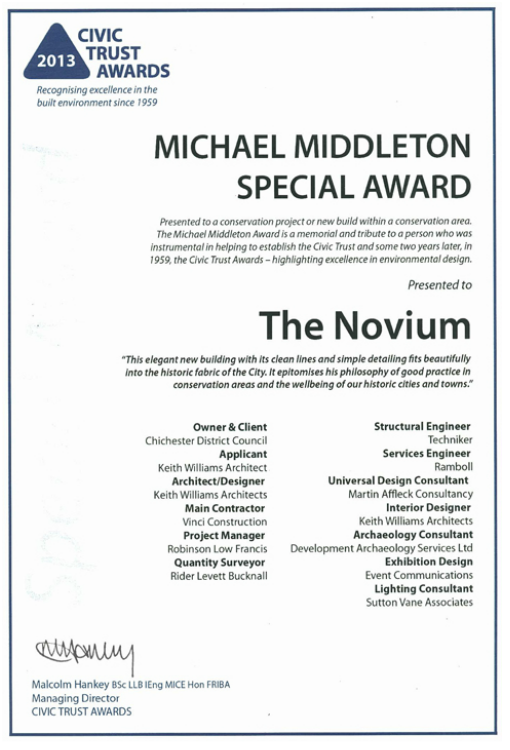 Since it was founded in 1959, the Civic Trust Awards has run continuously, making it Europe’s longest running architectural and built environment awards programme. It is also one of this country’s most important and prestigious. The Civic Trust Awards reward architecture or design excellence but also require that successful projects should also exhibit strong sustainability credentials, a high level of accessible and universal design, whilst also demonstrating how the project has provided a positive civic contribution.

Now in their 54th year, the Civic Trust Awards recognise the best in the built environment, from architecture to planning, townscape to infrastructure along with the public realm in its wider context.  Malcolm Hankey from Civic Trust Awards said “Projects are assessed on their architectural excellence, sustainability credentials, accessibility for all users and positive civic contribution. Once again, the judging process has been rigorous and all the winners thoroughly deserve their success.”

Keith Williams’ head of marketing, Vanessa Shrimpton accepted the awards on behalf of Chichester District Council, the client for the Novium Museum, whilst the clients for the Marlowe Theatre, collectively Colin Carmichael CEO and Janice McGuiness of Canterbury City Council along with Mark Everett, the Marlowe Theatre’s Director and Paula Gillespie the Marlowe’s Associate Director, attended in person to receive their award.