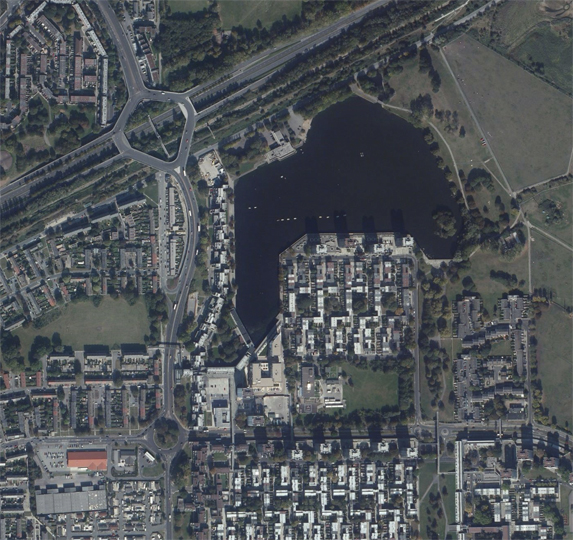 Keith Williams Architects has been shortlisted to take part in the RIBA run Competition to design the new Southmere Village Library within the ongoing regeneration of London’s Thamesmead. The international contest, which is backed by housing association Peabody and the local authority Bexley Council, attracted some 58 entries.

The new £4.5 million focal building, will sit within a masterplan by Proctor & Matthews and Mecanoo, on the south side of Southmere Lake close to the easternmost terminus of the new Crossrail line at Abbey Wood. The landmark project is part of Peabody’s phased £1.5 billion regeneration of the 1960s housing estate, which notoriously featured in the notorious 1960s film A Clockwork Orange. The Brutalist Thamesmead estate was constructed during the 1960s on the Erith and Plumstead Marshes. In 2014, Peabody purchased the site as part of ambitious plans to deliver 20,000 new homes within the wider area.The new library will provide new, existing and future generations of the local community, with a state of the art library and civic building.

The full shortlist alongside Keith Williams Architects is:

Competitors have until 21 September to submit their proposals with a winner to be announced in November.