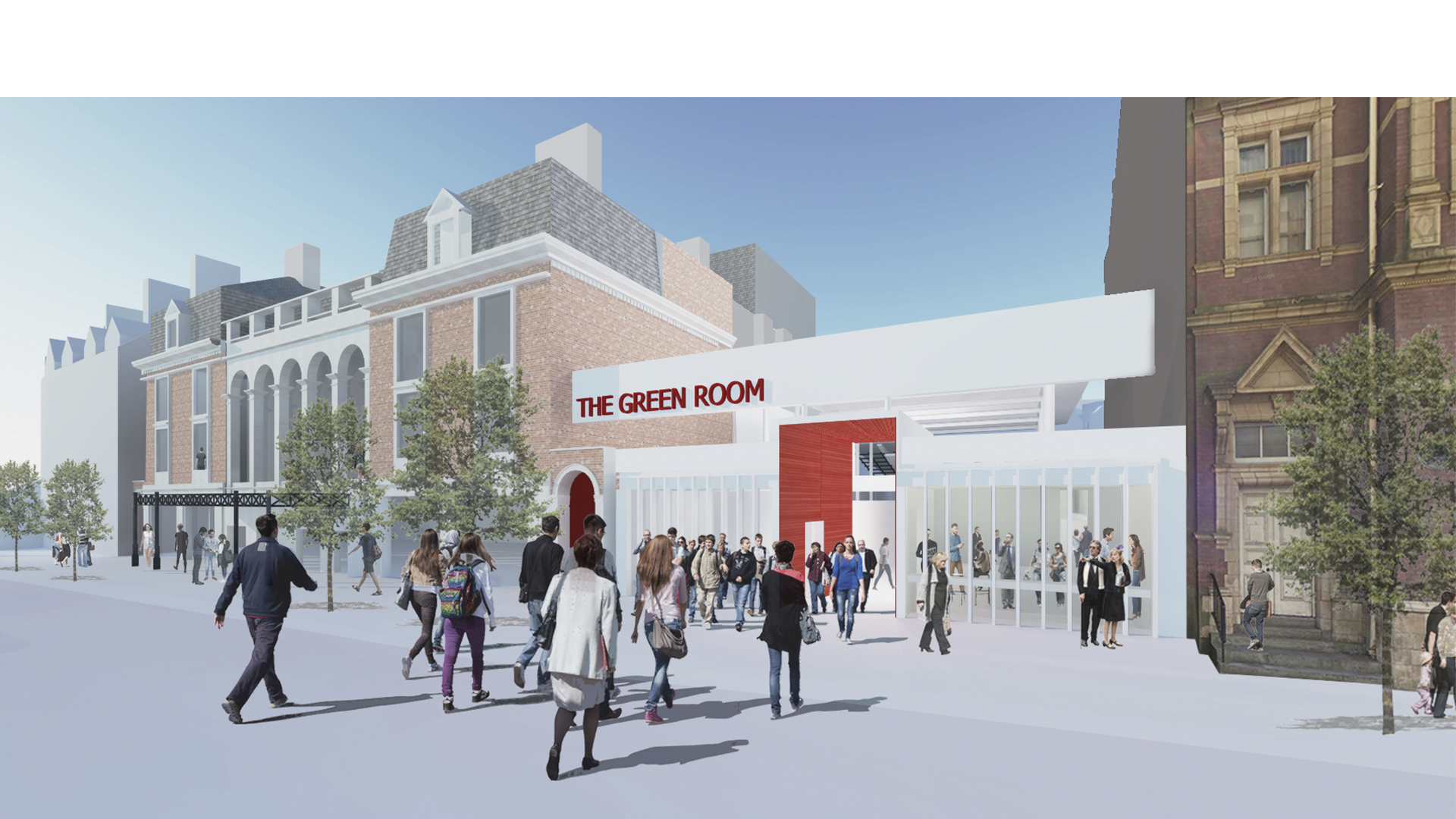 Keith Williams Architects’ proposals for a new 160 seat temporary theatre on a site adjoining the Wolverhampton Grand Theatre on Lichfield Street in the city centre, have been approved by the City Council.

Wolverhampton Grand Theatre by the architect Charles Phipps opened in 1894 and is the city’s principal theatre centred on a magnificent 3 tiered main auditorium of 1200 seats.

The new theatre will be inserted between the flank walls of the Grand Theatre and the listed Grand Post House (1895), the city’s former post office and sorting centre, to create a new semi-outdoor arts space in the city centre. The project is intended to open up and greatly expand the Grand Theatre’s versatility and artistic programme to reach new audiences, and is the first phase of the creation of a permanent arts hub on the same site.

Williams’ phased masterplan for the site will eventually deliver a major new multi-level permanent cultural building linked to the Grand, which will greatly expand and enhance the nature of the city’s performing arts programme as a key element of the city centre’s Arts Hub regeneration masterplan.

“I am absolutely delighted to be moving onto the next stage in this exciting project which supports and enhances the regeneration of Wolverhampton City Centre. The potential of this second space will contribute to the Lichfield Street Arts Hub vision. The opportunity to build upon our already thriving community, educational and cultural offering is thrilling.”

Keith Williams commented: “In its 125thanniversary year the granting of consent by the City Council is an important moment in the history of the Grand Theatre. This project when realised will be an important stepping stone toward the eventual goal of creating a vibrant new performing arts complex alongside Charles Phipps’ magnificent Grade II* listed theatre.”

The project has been published in the following: