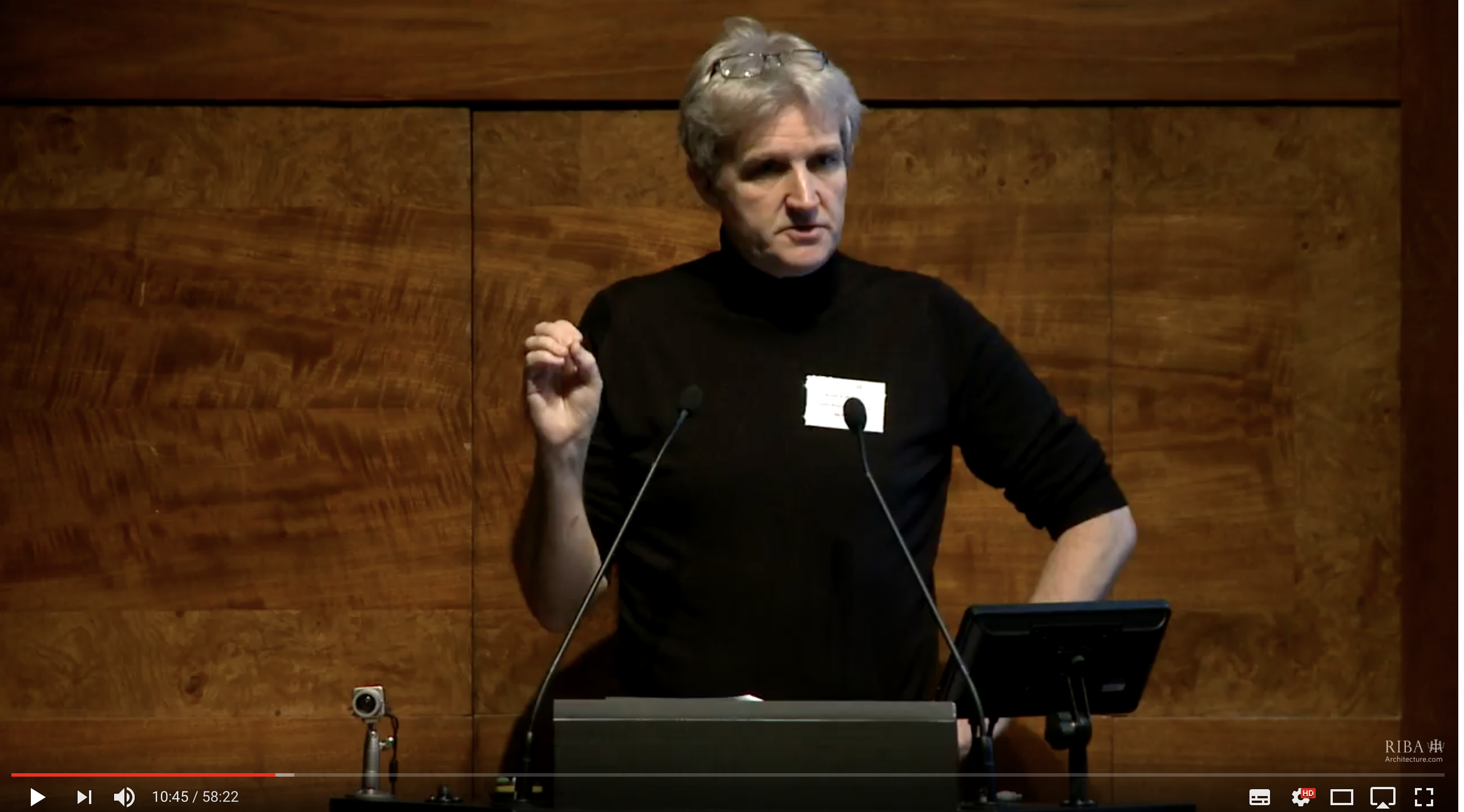 Keith Williams chaired the RIBA plenary session on day 2 of the Guerrilla Tactics programme in the Jarvis Hall at the Royal Institute of British Architects in London.

The session was part of the RIBA’s programme entitled Power of the Small : Sustaining Client Satisfaction : Continuous Learning on Projects.

The premise of the debate was to examine the perception of the architectural profession by clients both private and commercial as well as the construction industry, and to learn from that discussion to improve ongoing professional practice.

The panel was formed of clients, their architects and a major contractor so that the issues were aired as fully as possible during the one hour plenary session. The panel comprised Jane Briginshaw architect, former local councillor and former director at the Homes and Communities Agency, now director of Jane Briginshaw Associates, Benjamin Lesser of client Derwent London, Stephen Taylor of architects AHMM, Peter Poole of contractor Willmott Dixon and Gary Ewins of HNW Architects.

Before examining relatively recent statistical research conducted by the RIBA into the performance of the profession, Keith began by examining 3 famous buildings St Pauls Cathedral, The National Theatre, London by Denys Lasdun and the Houses of Parliament. Noting that all 3 architects were knighted, all of the projects finished spectacularly late and over budget yet all of the buildings are listed either Grade I or Grade II*. Keith suggested somewhat ironically that society was sending mixed messages as to what it expected from its architects.

Drilling into the minutiae of the RIBA’s research which suggested that the profession was held in high esteem for its creativity by most clients, contractors tended to be the least supportive during the construction phases of projects, suggesting that there is more work to do on all sides to join up more effectively the technical design and delivery phases.

The Panel debated the issues before an animated and engaged audience of around 200 delegates attending on the day.

A video of the event is available on YouTube