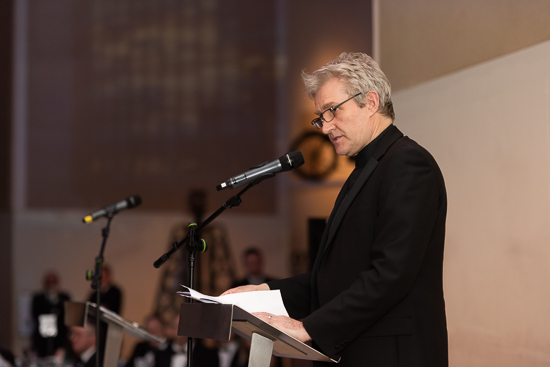 Friday 1st March 2019 : Keith Williams in his fourth year as chairman of the Civic Trust Awards National Panel, delivered the keynote speech at a sold out event at the 60th Civic Trust Awards dinner, held at the Imperial War Museum of the North at Salford Quays, Manchester.

For the current 2019 awards round, 240 entries were received primarily from the UK but also from Austria, Belgium, Canada, Denmark, Ireland, Netherlands, South Africa and the USA reflecting the awards’ broad geographic reach.

Of the schemes submitted, 120 were referred to the National Panel for consideration as potential award or commendation winners. 13 applications were received this year for international projects which shows an increase on each of the two previous years. The National Panel included Julian Robinson Director of Estates at the London School of Economics, Isabel Allen, former editor of the Architects Journal, John Davies, Head of Sustainability at Derwent London, Martin Knight of Knight Architects, Aileen Wiswell MBE of the Government Property Agency and Chris Harding, chairman of architects BDP.

Keith presented the final award of the evening, the National Panel Special Award (CTA’s top award) to the team from Heatherwick Studio and executive architect VDMMA for the Zeitz Museum of Contemporary Art Africa (MOCAA) in Cape Town. A fitting winner to cap an excellent year for the 60th Civic Trust Awards.